Want to unblock someone on Gmail whom you have blocked due to regular irrelevant emails or you were receiving unwanted mails; although, now the same sender is sending crucial mails important to you and you want to unblock the ID now.

Therefore, the information in the article has the steps that would help you in unblocking someone on Gmail; moreover you will also learn how to transfer mails in your inbox by using Gmail filters.

How to unblock someone on Gmail from inbox/spam?

One can easily unblock mail users from the inbox by performing the guideline mentioned below.

Note: You can also use an alternate way; if you are not getting the option “Unblock Sender” in the mail”.

If you are not able to find mail directly from the mail Inbox/Spam then you can check the Blocked address to unblock the user. We have mentioned the same steps in the next paragraph.

How to unblock someone on Gmail using settings?

Go through graphical representation and the guideline provided below to unblock gmail users.

Note: To unblock multiple users at once, you can use the guideline indicated in the below graphic.

Why am I not able to unblock an email on Gmail?

Yes, filters play a crucial role in bifurcating emails of your inbox and other labels. That’s why the user will have to check and edit the filter. Steps to edit the filter are mentioned below.

Note: You can also delete all the filters by clicking on the box, then “Delete” and “OK”. A graphical representation is attached below.

In the next part of this blog, we are mentioning how to create a filter for receiving someone’s mail direct to your inbox.

How to receive mail directly into the inbox on Gmail?

Follow the steps to create a filter for receiving mail directly into your inbox.

Wrapping up:-  We hope the above mentioned information would assist you in learning the steps of unblocking on Gmail using different methods; moreover, the information also included the steps of creating a new filter for receiving mail directly to your inbox.

Does Gmail notify the sender, if I block?

No, Google does not inform or notify the user, if you block someone.

Will the mail bounce if I block someone?

No, block mails do not bounce; although, those mails go to Spam box which is also known as Junk Mail.

How to unblock a mistakenly blocked user?

To unblock someone who has been blocked accidentally. Open his mail, click on “Unblock sender” click “Unblock.

Gmail’s block list available in the settings, you can check by following the steps mentioned below.
Navigate Gmail> Settings>See all settings>Filters and Blocked Addresses.

This issue may occur due to filter restriction. Maybe you have blocked the email Id by creating a filter, like “Skip the inbox”.

Disclaimer - We aren't a partnership or an entity of any type of technical support. We're merely an expert service provider for technical problems that the customer faces. Assistme 360 available 24x7. We are a knowledge sharing community. 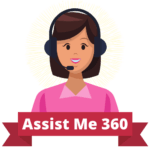 We only have one goal to provide an error-free tech life and more secure. We are committed and determined to reach our ultimate goal. Our path to success is through customer satisfaction. This is something for which we strive every night and day.

Assist Me 360 functions as an external player. We are managed by professional experts in the field and have years of experience. We provide professional and custom made tailor services. Please note that we do not have any contracts with any technical assistance. We do not have any connection with the original service providers for the above mentioned products and services. Therefore, we do not assume any responsibility or liability for the performance or inefficiency of any service or product. The information, content, and details regarding products, services, names, trademarks logos, images and images are for informational purposes only.